A Persuasive Speech on Limiting the Production and Use of Plastic 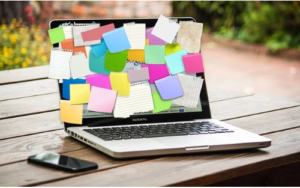 When you hear the term “polluted plastics” I can tell you the exact picture that just popped into about 10 of your heads. This one, right? You have all heard of how plastics are affecting our marine life and “oh, the poor sea turtle”.And that’s great! Really, it is. We have had the idea that “pollution is bad” drilled into our brains since we were about 7. But this little sea turtle is not necessarily the problem. It’s much bigger than him. Plastics are leaving lasting effects on our ecosystems due to the improper disposal. Plastic production also uses up many of our natural resources. It is up to us to make a change in order to maintain sustainability.  Today, I want to show you just how destructive these effects are, how big of a dent we are making in our natural resources, and what steps we should take next.

Let’s say you want to throw away one plastic water bottle. Okay, no big deal. It’s just one bottle right? Well, Charleston is a peninsula, meaning that we are entirely surrounded by the ocean. According to Hannah Ellsbury in her article “The Problem with Plastic”, for every six water bottles we use, only one makes it to the recycling bin. The rest are sent to landfills. Or, even worse, they end up as trash on the land and in rivers, lakes, and the ocean. That means that, on average, all of us in this room cumulatively throw away or litter 6,100 water bottles a year. Now, let’s say that about ¼ of these end up in our beautiful Charleston harbor. That’s about 1,525 bottles just floating around outside of Charleston in a year, and that’s strictly from our first year seminar class alone. Pollutants found in the plastic in disposable water bottles deteriorate and leach into the water leaving potential carcinogens in the water we drink daily. Now if all 1,525 water bottles in our harbor are deteriorating, that means your fresh seafood at Hyman’s might be slightly infested with pollutants.

Even worse, according to the Merriam Webster dictionary, the law of biomagnification states that pollutants “increases its concentration in the tissues of organisms as it travels up the food chain”. This means that all of you seafood lovers might have more pollutants in our bodies than we would imagine. Now, I bet you’re wondering what happens to the rest of the actual plastic pieces left in our oceans. Plastic pieces like these? Well, animals are ingesting them. In fact, plastic pieces are being found within birds in the Pacific, meaning that the plastic pieces are literally killing them from the inside out. The plastic found throughout the oceans is a result of improper disposal of our plastics. [5] Even worse, though, is how these plastics are made.

You see how far this water bottle is filled? Imagine that it’s not water. Look at that and picture it as oil. That’s how much oil is used in the production of this bottle. According to Catherine Fox from National Geographic, Americans buy more water bottles than any other nation averaging at about 29 billion. In order to make all these bottles, manufacturers use 17 million barrels of crude oil. That’s enough oil to keep a million cars going for twelve months. By investing $10 in a reusable plastic water bottle, you are saving on average, $81.25 per year. You could potentially fill your car, which for us freshman is probably sitting back at home in our driveways, up three times with that money.

The Office of Sustainability offers these water bottles to all students. They are made out of tin and are much more durable than any other kind of water bottle.

These bottles were offered for free at our freshman convocation and continue to be offered to all students. Not to mention, Starbucks has an option to purchase a reusable cup for a cheap price. Dining Halls have already enforced a plastic-free environment to dine, however, students are still able to purchase plastic containers from vending machines in education buildings. I believe that the College of Charleston should maintain the same standards they have set for the dining halls throughout campus. Soda dispensers with compostable cups should replace the vending machines currently residing in our education buildings. The Starbucks on campus should charge a small fee for each plastic cup used when ordering cold drinks. There is no reason plastic cups should still be sold on campus, and I propose a small fee should be charged for every purchase involving plastic.

Now I’m hoping that you’re interested in doing something to help cut down on the pollutants entering, not only your body, but millions of aquatic sea creatures as well. You know the harmful effects of plastic on our environment and you know the dent we put in our planet in the production of these goods. We should all make an effort to use reusable water bottles, however, if we must, to recycle our plastic waste. We must put an end to the era of plastic so this little guy can swim freely, but only our generation can do so.