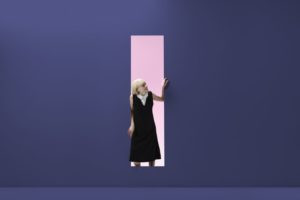 While already legal in the United States, opponents of same-sex marriage continue to argue that it weakens the sanctity of man-woman marriage as designed by God, disrespects religious beliefs, and sets an unhealthy environment for children. In all essence, same-sex marriage does not in any way violate all these. Founded on love and commitment, two truly universal virtues, same-sex marriage is no different from heterosexual marriage. Since it is already legal in the United States, rule of law and equality won. The right to marry is neither a heterosexual nor a homosexual right. It is a basic human right, just as food, shelter, education, and pursuit of happiness are. The argument that same-sex marriage undermines “the sanctity of man-woman marriage as provided by God,” is completely weak.

The first reason is that the United States Constitution is the law of the land it is not concerned with sanctity or anything sacred. In fact, it strongly supports the separation of church and state. It is above all religious laws and applies to everyone regardless of race, gender, and religion. Marriage certificates, like birth and death certificates, are one and the same in the eyes of the Constitution – events that have corresponding documents. The second reason is that marriage, in the government context, is a secular union. That is the reason why aside from religious clergy, civil officials such as a judge or a town or city mayor can also officiate a wedding. The Constitution recognizes that not everyone is actively involved in religious affiliations, and thus, certain government officials are legally allowed to act as wedding officiants. For instance, if a particular religious sect forbids same-sex marriage, same-sex couple members who wish to marry are empowered and protected by the Constitution.

On a similar note, the claim that same-sex marriage is disrespectful to people’s religious beliefs is also invalid, fallacious, and exhibits the same error – the absence of understanding that the Constitution views marriage as a secular union, and not a religious one. It has to be understood that not all same-sex couples who wish to marry are religious and not all want to marry within the religion. For instance, if a same-sex couple persists on getting married inside their religion’s place of worship, which is against their desire to marry, then it would be indeed disrespectful to the other members who are opposed to the nature of the relationship. But if that same couple gets married outside their religion, then it does not in any way disrespect the religion.

Awareness has to be raised that same-sex couples who want to marry want the same things that their heterosexual counterparts want – equality regarding the legal benefits of marriage. Health care plan, joint income tax, conjugal properties, rights to belongings, inheritance, tax considerations are examples. Due to the legalization of same-sex marriage, married same-sex couples, like heterosexual couples, now have a Constitutionally-protected right to avail all these benefits.

Opponents of same-sex marriage continually claim that same-sex couples are not emotionally capable of raising children due to the absence of the traditional man-woman/father-mother figure. Statistics prove otherwise. Many wide-scale types of research done from as early as the 1990s until the present day have proven that children raised by same-sex couples grow up to be no different from those children who were raised by heterosexual parents. In both same-sex and heterosexual households, results indicate that the children who exhibit better academic performance and more emotional stability are those whose parents possess closer spouse-partner relationships and are supportive and understanding towards the children. It only further asserts that regardless of the sexual orientation of their parents, children fare better in school and at life when raised in a household that prioritizes communication, understanding, and acceptance. The sexual orientation of parents does not play a vital role in raising emotionally healthy children. The parenting approach does.

Analyzing the extent of the arguments in favor of same-sex marriage, same-sex couples should be able to fully exercise their right to marry, raise a family, and pursue individual and marital happiness. Sexual orientation does not determine a person’s morals, and a person’s decision to fully commit to another person out of love is a purely human act that deserves nothing but kind support. Marriage is not a heterosexual or homosexual right – it is a basic human right.