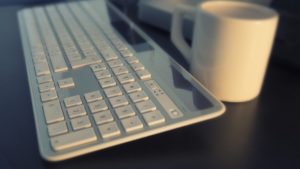 Review of Sergei Polunin’s “Take Me to Church” Dance Performance

Sergei Polunin’s “Take Me to Church” was an entrancing composition. Director/photographer David LaChapelle directed the emotional performance and director/actor Jade Hale-Christofi choreographed the fluid but structured movements. This artistic composition used Hozier’s hit song “Take Me to Church”. The channel David LaChapelle Studio released the performance video on Youtube on February 10, 2015. The performance only presented a single dancer, however, Sergei Polunin was more than enough to express the ecstatic beauty behind the darkly-themed music.

Sergei Polunin’s entrancing performance manifests his mastery of ballet and his own body. Certain parts of the performance showed Polunin leaping into the air as if gravity gave him permission over it. From the fluidity of his footwork and the graceful movements of his arms, one can notice that he has taken the song to heart and is expressing its meaning through his body. His excellent physique also aided in the aesthetics of the composition. It was as if a classic painting came to life and began dancing to his heart’s content.

The setting for the performance was an empty church, rid of its cemented walls, glass mosaics, and large altar. Polunin was dancing inside the wooden church structure, its empty halls — his playground. Looking deeper, one can notice that the wooden walls acted as barriers to stop Polunin from dancing any further. It was as if he was imprisoned, attempting to express himself, yet the church’s wooden walls forbade him. There are also parts of the performance that implies the character’s frustration. As Polunin leaps forward and closes in into the wooden walls, he places his arms over his head and grabbing his hair in frustration. This detail makes sense since the song “Take Me to Church” is about the singer Hozier’s frustration towards the persecuting eyes of the Catholic Church.

Sergei Polunin also showed his raw strength during the parts of the performance where he is lying on the ground. He is able to move his body without effort, lifting his torso only through the strength of his core. There were also parts in which Polunin drags his lower body through the raw strength of his arms. This strength along with his flawless agility astonishes the viewer and sends them to a trance-like state, in awe of the artistic athletics that Sergei Polunin demonstrates.

Sergei Polunin’s “Take Me to Church” is a masterpiece that any art enthusiast will appreciate. It showed the amazing athletics a person can do with their body. It succeeds in captivating the viewer using the dancer’s athleticism and skills alone. The combination of the emotional music and the skillful performance created a magnificent work of art that transcends any of the modern dancing that pop culture has produced. Sergei Polunin’s performance gave justice to the beautiful ballet dancing form. It is emotional, entertaining, and captivating to the soul.